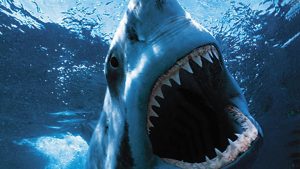 Image courtesy of the Googles

Shark week. Checking into the Red Roof Inn. Surfing the Crimson Wave. Getting a visit from Aunt Flo. The Red Badge of Courage. That time of the month.

Whatever euphemism you use for it, women inevitably have to deal with menstruation and all the weird junk that goes along with it.

We here at Ketovangelist get a lot of questions about keto and periods.

So, at the behest of our coaches- and after much whining on my part- I’ve put together this little “what to expect” guide for women to help a sister out when it gets down to the issue of menstruating. You’re welcome.

One thing to keep in mind: Your period is still your period.

If I’ve said it once, I’ve said it a zillion times: keto is not magic. and it isn’t the cause of everything that will happen to you after you start eating this way. For the most part, your period is going to be your normal period while you’re keto. You might have cravings, you might cramp, you might be light or heavy, or early or late. All the same stuff you dealt with during menstruation pre-keto you will probably continue to deal with now that you’ve changed your food lifestyle. That being said, there are a few issues we do see pop up from time to time and I will address them, in no particular order:

A direct quote, if I may, from our lovely coach, Mary Roberts: “Hormone hunger is real hunger.” And she’s right. Right after ovulation the body ramps up production of estrogen and progesterone, both of which can cause your body to feel hunger.

The bottom line is that, as we all should know, our menstrual time is a stretch of a few days where hormones are screwy. We might be tired, we might be cranky, and we will probably be hungry. All of that is perfectly normal and you are not expected to sit and starve on top of it all.

If it’s your time and you’re hungry, don’t try to white knuckle it through the next week. Eat!

Now that’s not permission to cheat, nor should you gorge yourself on “friendly” treats. But look, if you’re there and you really want some chocolate then it’s not going to be the end of the world if you make a keto mug cake or have a few squares of stevia or erythritol sweetened chocolate, either. Some ladies crave protein during that time, so don’t worry too much about a few extra slices of bacon. Just eat to hunger and you will be fine.

Sorry to be the bearer of bad news, but keto doesn’t cure period bloating. It’s just a part of the hormonal process and is due to massive surges in estrogen during the pre-menstral part of your cycle. Estrogen can cause quite a bit of extra water to be retained, so if you tend to bloat or experience puffiness and inflammation during menstruation this just is what it is and keto isn’t going to avert it.

See point two above for the physical reasons why. Also, stay off the scale. There is no reason to make yourself extra miserable during your period by seeing the number on that torture mechanism go up. Don’t sweat your weight and any added from bloat will go away again once you’re done.

Again, there is no reason on earth why you should make things extra difficult for yourself during your time. If you’re thinking about giving up dairy or sweeteners, etc., just do yourself a favor and wait until the period is done, ok?

Having unusual highs and lows for blood glucose readings during menstruation is a thing. Once again, the reason for it is the massive fluctuation in your hormones during this time of the month.

Are you sensing the pattern yet?

Yes, those crazy period hormones can actually cause your insulin sensitivity to go a little out of whack during shark week, so if you’ve noticed a surge or drop in blood glucose during that time you should know it’s not uncommon in general, is natural, and it should subside as soon as your hormones drop back off to normal levels.

Here’s where we get to the out-of-the-ordinary stuff. Some women will initially experience some odd stuff when it comes to their period after they go keto. It might be lighter or heavier, it may be oddly spaced or more/less frequent than normal.

Yes, it’s hormones. This time, however, it’s not just attributable to the normal fluctuations around menstruation. Estrogen, the main culprit for many shark week woes, is actually both stored and produced by your body fat.

The more fat you have on your body, the more estrogen is being produced which, in turn, encourages the body to store more fat, which produce more estrogen, and around and around we go! To top that excitement off, all those fat cells then store excess estrogen and other sex hormones.

So once you start burning body fat you will simultaneously decrease the body’s estrogen production and release the stored sex hormones back into the blood stream. Hence, all kinds of hormone weirdness can occur and it might take a little while before balance is achieved.

This is also why some people experience some initial moodiness along with elevated or decreased libido when they go keto. However, you should know it is completely normal and once your body compensates for it things will return to normal.

I do have to add the disclaimer that if you’re very concerned about your irregular menstruation or are experiencing serious pain, clotting, etc, you should go see your doctor in order to rule out any major problems or illnesses.

Because of the hormonal irregularities fat loss can cause (see point immediately above this one) you might experience some bloating, cramping, hormone hunger, even up to and including spotting or a full-on period after going keto.

Again, if you’re concerned or are having any serious symptoms, go see your doctor. Otherwise, due to the hormonal fluctuations that can occur when you burn off body fat you might have some symptoms you thought you were over and done with. And that’s ok. As with the issues above, once the body figures out how to compensate, homeostasis will return and things will go back to normal.